Guests who wish to cruise to the Caribbean from the Big Apple can set sail on board Norwegian Breakaway, the ship that brings the best of NYC to sea, to either the Bahamas and Florida or the Southern, Eastern and – new for 2018 – Western Caribbean in Fall and Winter 2017/2018. Norwegian Breakaway will sail seven-day Bahamas & Florida cruises from New York from October 1, 2017 to April 29, 2018 with calls in Port Canaveral, Norwegian’s private Bahamian island destination Great Stirrup Cay that’s currently undergoing a multi-million dollar enhancement, and Nassau. For those guests looking for a more relaxing, longer getaway from New York’s chilly winters, they can cruise to the Southern Caribbean on one of Norwegian Breakaway’s two 14-day Southern Caribbean itineraries on January 5 and February 2, 2018 that explore the heart of the Caribbean in the US Virgin Islands, British Virgin Islands, St. Maarten, Dominica and more, or sail away on a sun-drenched 12-day Eastern Caribbean cruise on December 3, 2017, with calls in St. Kitts, Antigua, Tortola and more.   New for 2018, is a 14-day Western Caribbean cruise from NYC, that will provide guests the opportunity to explore the wonders of the Caribbean’s deep blue waters, lush tropical mountains and spectacular beaches, featuring calls at two of Norwegian’s destination experiences – the company’s private island Great Stirrup Cay, and the Caribbean’s newest resort-style port of call, Harvest Caye, Belize, along with Ocho Rios, Jamaica; George Town, Grand Cayman; Roatan, Honduras; and Cozumel, Mexico.

PREDICTIONS: The Future of the Cruise Industry

Here is my prediction of the future impacts of the coronavirus on the cruise industry in the months / years ahead.  Basically the damage has been done and it will be a long time before cruise passengers have confidence to return to the ships.

In the near term 1-6 months:
When cruise lines resume operations after a temporary suspension, a good number of their ships will remain laid-up. They just will NOT be able to fill all the ships right away.The number of cruise ports that prohibit cruise ship calls will increase. Bergen, Norway just joined the list of  destinations saying - "No Thanks" to the cruise lines. Ships will be laid up due to the lack of demand. Itineraries will be altered based on the health of those onboard. Potentially sick passengers will cause ports to be skipped or passengers to be quarantined. Cruise capacity in Europe will be ratcheted back significantly.Additional cruise lines will sporatically lay up ships, especially in seasons where demand…
Read more

Cruise Lines Place Ships on the for Sale List.

As reported in my earlier predictions for the cruise industry during / post coronavirus - many of my predictions are coming true including the premature scrapping of cruise ship well before their time.
Read Prior Cruise Industry Prediction articles

Carnival Corporation announced that up to 6 ships will be sold / scrapped in between now and the end of the month.

Reports that Royal Caribbean has also placed a number of ships on the for sale list including the Grandeur of the Seas, Rhapsody of the Seas and the Empress of the Seas.

In a recent interview, the President of Norwegian Cruise Li…
Read more

Where Are The Cruise Ships Now? 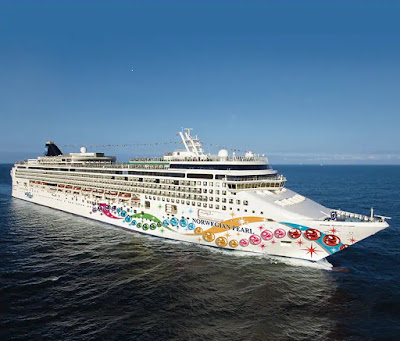 Ever wonder where ships are now during the pandemic?? NYCruiseInfo has created a list of 8 ships that would normally be sailing from New York City, Brooklyn or Cape Liberty, Bayonne, New Jersey. We reveal where those ships are now and if they are in motion, where they are going.

Ship covered include the following:
Adventure of the SeasAnthem of the SeasCarnival SunriseCarnival Victory / Radiance Celebrity SummitEmpress of the Seas Norwegian JoyNorwegian EncoreNorwegian Gem Norwegian PearlOasis of the Seas Queen Mary 2
Check out where your favorite cruise ship is now.

Come back frequently because we update the list about every 2 weeks.