Showing posts from July, 2016
Show all

Rumors are circulating that MSC Cruises will begin Spring, Summer and Fall cruises from New York starting in 2017.   If true, this would mark the return of the cruise line to the Big Apple after a few year void. It is unclear which itinerary or ship would be utilized on the cruises from New York but one can suspect a Bahamas, Florida and/or New England / Canada itinerary combination will be featured. Also the introduction of MSC’s new private island next year would also fit nicely into the Florida and Bahamas itinerary offering a day of relaxation at their own island. We will have to await details and see if the rumors are true. Related Links NYCruiseInfo.com - Free Information on Cruises from New York.  Nick's Cruise Corner - Free Information on Cruises Worldwide.
Post a Comment
Read more 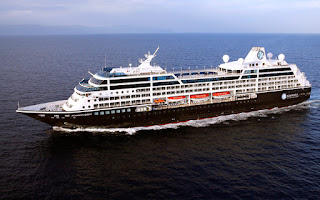 Azamara Cruise's Azamara Quest Azamara Club Cruises’ Azamara Quest had been chartered for an exclusive 28 days Grand Voyage from Montreal, Canada to Miami, Florida. The cruise makes 15+ stops along the eastern seaboard including an overnight stay in New York City, Boston, Baltimore and more. The Azamara Quest is a high end cruise ship and was originally built for Renaissance Cruises. The ship just completed an extensive refit which is sure to please her demanding guests. For more information on this sailing please visit www.uncommonjourneys.com Related Links NYCruiseInfo.com - Free Information on Cruises from New York.  Nick's Cruise Corner - Free Information on Cruises Worldwide.
Post a Comment
Read more

A Busy Day in the Port of New York

Manhattan Cruise Terminal on a busy day  Yesterday was a busy day in the Port of New York with each one of the 3 New York cruise terminals having a large cruise ship tied-up. At the Manhattan Cruise Terminal, Norwegian Cruise Line’s Norwegian Breakaway loaded happy passengers for a 7 day cruise to Bermuda. In Brooklyn, Cunard Lines’ newly refurbished Queen Mary 2 prepared for her transatlantic sailing to Southampton, England (via Halifax Nova Scotia), and finally Celebrity Cruises’ Celebrity Summit embarked Bermuda bound passengers in Cape Liberty, Bayonne, New Jersey. It should be noted that New York, like the rest of the country, is experience extremely warm temperatures and today it was a balmy 94 degrees.   Related Links NYCruiseInfo.com - Free Information on Cruises from New York.  Nick's Cruise Corner - Free Information on Cruises Worldwide.
Post a Comment
Read more 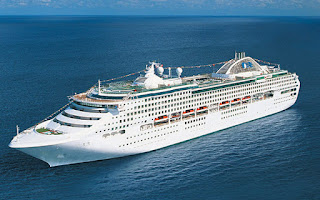 Princess Cruises Sea Princess Visits New York City Today (7/20/2016) New York played host to Princess Cruises' Sea Princess. The Sea Princess visited the Big Apple as part of her world cruise. The Ship left Australia on March 22 as part of the 104 day journey. After leaving Australia, the ship headed south around Australia and toward India, making stops along the way. She  then continued toward the Middle East, the Mediterranean, Northern Europe, Canada, New York, Coastal US, Caribbean, South America's Northern coast, Panama Canal transit and then to various Pacific /South Pacific Islands before ending in Sydney, Australia on September 4. World Cruise Route of Princess Cruises' Sea Princess. The Sea Princess will spend overnight in New York City allowing passengers to enjoy almost 2 full days to take in as many attractions as possible as well as enjoy the night life. Rates for the full cruise start at $9,100/pp for an interior stateroom to $63,650/pp for a su
Post a Comment
Read more 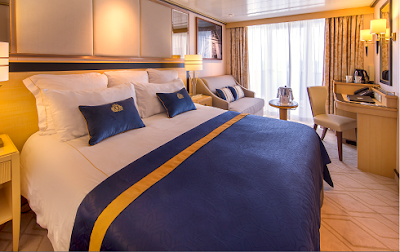