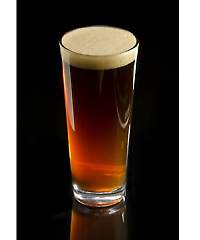 When guests on Carnival Cruise Line’s newest, largest and most innovative ship, Carnival Vista, raise a pint in the RedFrog Pub & Brewery, they will have a choice of three distinctly flavored hand-crafted beers brewed right on board in the first brewery at sea in North America.


Carnival Vista’s RedFrog Pub & Brewery is the result of a unique collaboration between Carnival and Miami-based Concrete Beach Brewery.
Concrete Beach is an Alchemy & Science brand, an independently operating subsidiary of The Boston Beer Company. Alchemy & Science is home to other such popular breweries around the country, including Angel City Brewery in Los Angeles and Coney Island Brewing Co. in Brooklyn, N.Y.  Each of these breweries produces beers specifically inspired by and brewed to be representative of their respective locales. The resulting examples include such beers as Tropic of Passion, a passion fruit wheat beer from Miami, Angel City IPA from L.A., and Coney Island Mermaid Pilsner from New York.
Similarly, Concrete Beach is working closely with Carnival to create original recipes and source and select the finest ingredients to produce three distinctive craft beers that will be brewed and served on board Carnival Vista.  Those beers will include ThirstyFrog Port Hoppin’ IPA, ThirstyFrog Caribbean Wheat and FriskyFrog Java Stout.
“We’ve been working for months with these talented partners who have helped us create three exciting and unique craft beers for Carnival Vista and we anticipate our guests are going to absolutely love them,” said Eddie Allen, Carnival’s vice president of beverage operations.
Allen noted that the brews were specifically designed with Carnival Vista guests in mind.  ThirstyFrog Port Hoppin’ IPA offers aromatic, floral and hoppy notes with passion fruit and citrus overtones while ThirstyFrog Caribbean Wheat is an unfiltered lager with aromas of bananas and spices.  The third beer, FriskyFrog Java Stout, is a take on a traditional stout, rich and creamy with hints of coffee.
“It was an honor to be a part of this one-of-a-kind project, and we feel like we created a great variety that is sure to please guests,” said Jon Carpenter, Concrete Beach Brewery Brewmaster. “It’s common for vacationers to want to test out the local beer and Carnival Vista has taken the concept of local, and applied it to the decks of their ship."
The beers to be featured on Carnival Vista further build upon a greatly expanded selection of craft beers across the entire Carnival fleet. U.S.-based Carnival ships already serve Concrete Beach Brewery’s Rica Wheat IPA, Angel City Brewery’s Pilsner, Coney Island’s Hard Root Beer and 1609 Amber. On a regional basis, Carnival ships sailing from Miami feature Concrete Beach Stiltsville Miami-style Pilsner, while Long Beach, California–based ships offer Angel City Brewery IPA and cruises departing from New York City are stocked with Coney Island Mermaid Pilsner.